I can remember my first photo assignment when I was in my photography class many years ago.

We were given a roll of film with 36 exposures on it, and sent out in front of the school, each with a different subject.

Mine was a tree.

It was winter, so it was bare.

No leaves or buds.

It was an overcast day, so the light was really drabby, and with the snow all around, everything looked black and white.

I had no idea how I was going to get 36 different photos of this tree.

Of course, that was the whole object of the assignment - to open the mind and eyes to more than the obvious.

Move in, back up, go under, look down, try different angles, don't forget the textures, check out the lines, patterns, shadows, and highlights, and most importantly, take a different perspective.

It's a little harder these days to get the low shots - the knees and back don't contort like they used to.

But it still is a lot of fun to try to get the different angles and perspectives of a subject.

It happened a little over four weeks ago.

After sitting on her clutch of six eggs for three weeks, the first little peep hatched.

Mama was very protective yet proud to show us her baby chick.

Over the next couple of days two more little ones joined the first.

We candled the other three eggs, and since they didn't have any chicks, we removed them from the nest box.

Watching these little chicks grow has been a great experience.

And watching Mama teach them has brought many smiles.

To see these small chicks mimicking the larger ones is too cute - especially the dust bathes.

More pics to come, for sure!

I am finding that as I get older, lugging around all my photo gear is really quite tiring.

I hate the idea of being without my camera, and I have set aside some of the lenses to make the bag lighter.

Not only is the weight a problem, but the thought of somebody conking me over the head and running off with my gear has also been a worry.

Neither my husband's or my reflexes are what they used to be.

And the white hair does make us more a target.

With all the money I have invested in my gear, I really don't want it ripped off.

So, as an alternative, I find myself using the camera in my iPhone more and more.

And many of the photo agencies I contribute to will accept the images.

Very easy to upload from the phone while on wifi with the various apps that are synced with my accounts.

Way too cool. Way too quick.

And most of all, way safer for my camera and me.

There are many instances where only my dslr will do the job, but these phone cameras have really come a long way.

Now, I just need to find my glasses so I can see the photos on the phone screen!

Along with the flowers and the green grass of spring, all the little animal babies are beginning to arrive.

The goats were the first to bring new life to the farm, then came the brooding hens.

Now, these ladies are not to be messed with.

They are very serious about sitting on their eggs, and they will put up with no nonsense.

Especially from the humans around them.

No sweet talking them for them and forget about touching them.

The raptors from Jurassic Park are reincarnated in these hens.

All the feathers on the head stand on end - that's the first warning to come no closer.

The raptor noise starts, deep in the throat, if you pay no mind to that first warning.

Now, if you have a fairly pleasant hen normally, she will not attack with a peck.

She'll just keep up with the feathers and grumbling.

But a more aggressive one has no problem delivering a few pecks to the hand.

These mama hens pluck their belly feathers, deny themselves sun light and dirt baths, and stay in the coop to keep their clutches safe and warm.

They eat very little so they don't have to leave their nests.

When the chicks arrive, they are a whole different hen.

And they are a joy to watch with their little followers scampering around the yard! 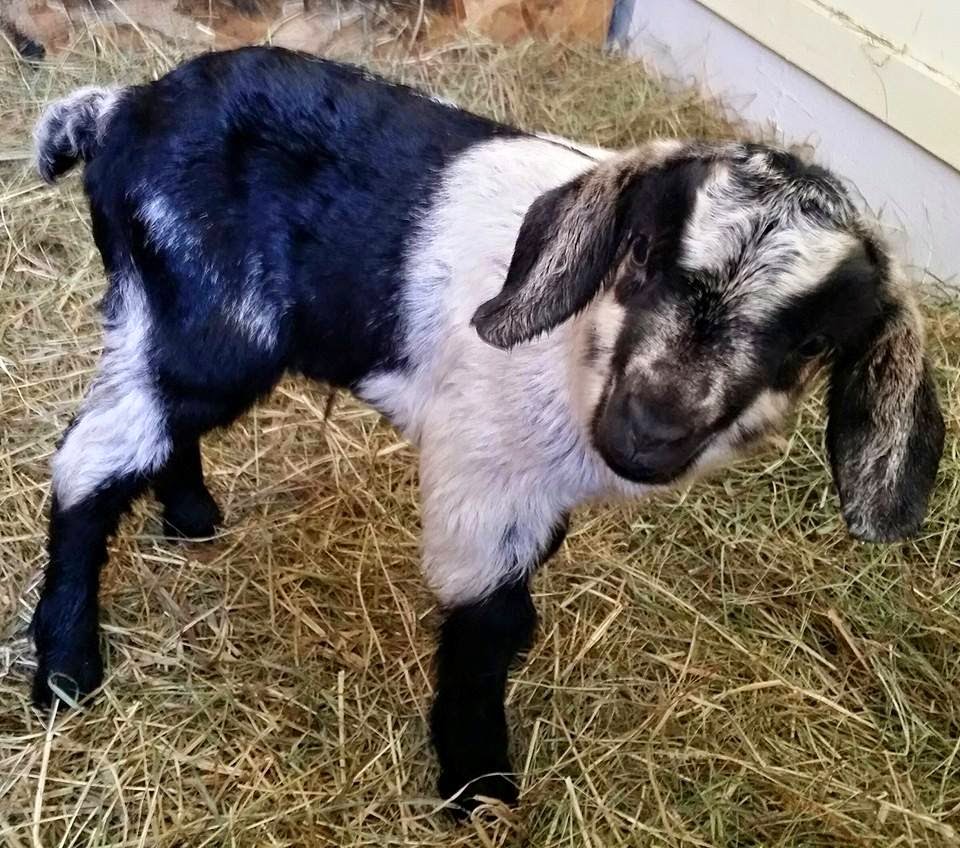 The little farm of my daughter's is growing.

Chickens and rabbits and goats have been added over the past year, and now that spring has arrived, the babies are coming too.

The hens are brooding on their eggs.

The rabbits are still separated at this time.

But the goats have been the center of attention for the last few weeks.

There has been a set of twin girls and two single births that were each male.

Two of the mamas were first timers - as was my daughter to all of this.

She was nervous about it - but those mama goats handled it all themselves without any problems.

The little baby goats are so cute and full of life as they hop around and play.

There are two more ladies who will be delivering their babies next month.

Her little herd is increasing at just the right pace for her to handle.

The chickens are next to have their babies.

And those little peeps will be just as cute as those baby goats!